We are proud to introduce Elmer. 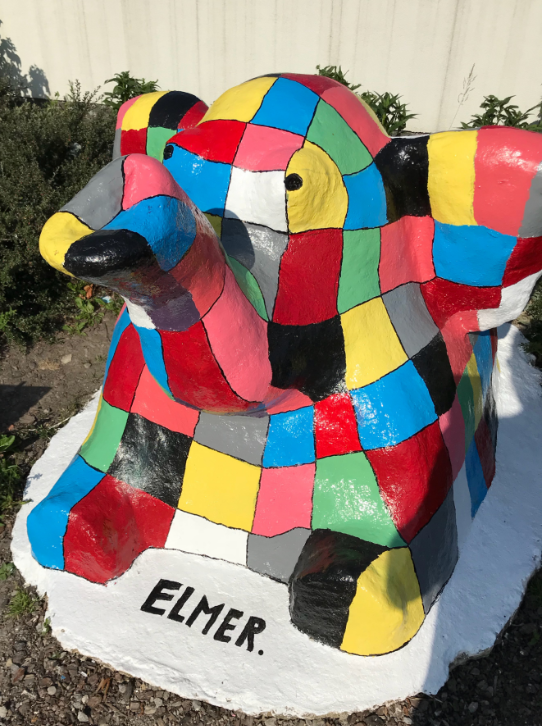 Elmer started his life with us almost 15 years ago when he was created by pupils during our annual Arts week. The elephant sculpture was designed by the Year 3 pupils at the time, and modelled out of building aggregate, wire and cement and hand-painted to form Elmer, the Patchwork Elephant taken from the children's picture book series by the British author David McKee.
The whole project was carried out in wind and rain and took most of the week to complete.

Elmer sat on the turning circle of the old Idle site and was admired by visitors to the school for many years. In 2014, the 2FE expansion works began and despite protestations from the project architect, Elmer was moved to Mr Clapham's garden for safe-keeping.

Once the outside works concluded he was placed in the garden at the front of the school alongside the original Idle Church School Foundation stones and thanks to Mr Clapham, has since received a fresh coat of paint.

He remains a focal point to the entrance to our school and is fondly and affectionately admired by all who visit us.